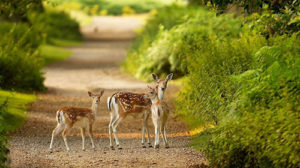 This year has for me been the year of the saxophone – from rediscovering the music of Coleman Hawkins and John Coltrane, and going to see Pharaoh Sanders at Ronnie Scott’s in Soho in July and Too Many Zooz at the Shepherd’s Bush Empire in March, to getting to know Austrian saxophonist Guido Spannocchi, who regularly plays at the Bloomsbury Hotel basement bar just off New Oxford Street. But the crowning glory of the year for me has been finding out about the unique, multi-instrumental  talent of Rhasan Roland Kirk. And I’ve had to ask myself: how has it taken me so long to begin listening to this giant of 20th century music?

I should have arrived at this stage earlier. I came to Rhasan Roland Kirk via Jimi Hendrix. I knew that Jimi Hendrix was a big fan of Kirk’s – it is a well-documented fact that Hendrix had the Kirk album Rip, Rag and Panic in his luggage when he arrived in London from America in 1966. But for some reason I had never checked out his music. I wondered after I had listened to him if this was because Kirk, in a genre of individualists, was such an arch-individualist that he didn’t logically fall into any of the standard family trees of jazz – he was way out there doing his own thing.