There’s many things I love about the pithy and insightful Mark Petchey as a tennis commentator and no doubt it says more about me than it does about him that I get irritated with him for referring to ‘The big four’ rather than ‘The big three’. He includes Andy Murray in that list of modern titans of tennis which as a former coach of Murray’s you might expect him to do. But with just three grand slam titles to Roger Federer and Rafael Nadal’s twenty and Novak Djokovic’s eighteen, as of April 2021, Murray does not deserve to be placed in such elevated company. The three of them have dominated the sport for more than fifteen years, defying the wisdom that they would in their early 30s give way to the next generation. But I believe that 2021 is the year that their dominance will come to an end and – big prediction – that Djokovic’s win at the Australian Open is the last grand slam that any of them will win.

Given Djokovic’s overwhelming dominance at the Australian Open, you might think that he looks likely to add to his tally. And in the autumn of 2020 Nadal did not lose a set on his way to winning his 13th French Open, and will be favourite to win the event again when it is played, probably in early June. But at the ATP Tour Finals in London in November 2020, both Nadal and Djokovic were beaten by Dominic Thiem and Daniil Medvedev. At the Monte Carlo Open in April 2021, Djokovic was beaten by Dan Evans who was number 33 in the world at the time, while Nadal lost to Andrei Rublev. Federer meanwhile has been out injured for most of 2020 and in the two matches he’s played in 2021, he struggled to beat Dan Evans and then lost his second match against Nikolos Basilashvili . So, there is definitely a sense of fragility among the big three. But I think that it’s the strength of the chasing pack that will be the telling factor.

The first four on the hunt for the big trophies are Thiem, Medvedev, Tsitsipas and Rublev. Immediately behind them is Alexander Zverev who can be a big threat if he cuts out his double faults and mental fragility at crunch moments.

For any of the big three to win another grand slam, they’ll have to play at least two extremely tough matches against these contenders, and probably more. And in a best of five set tournament the physical endurance of these ageing warriors is no longer a given. Of course Nadal will be hard to beat at Roland Garros, but his reign has to end at some point, and I predict it will be this year. Djokovic as a true all-court player could triumph at Wimbledon but faces a stern test on both the clay and the hard courts. I could be wrong, but I don’t think that Federer is going to be competitive again.

So my predictions for the next four grand slams: 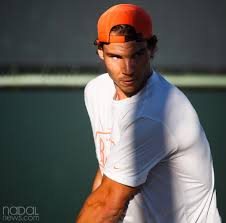